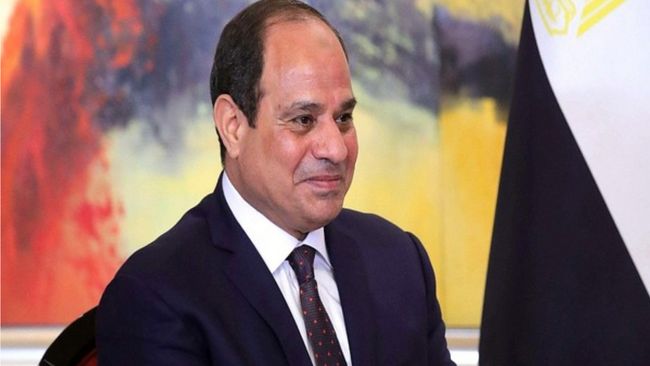 New Delhi, Jan 26: As India celebrates its 74th Republic Day on Thursday, Egyptian President Abdel Fattah El-Sisi is all set to attend the parade as the chief guest. It is for the first time that an Egyptian leader has been invited on India's Republic Day.

El-Sisi, who is on a four-day visit to India, and accompanied by a high-level delegation will witness the Republic Day Parade, following which the Egyptian President will attend an 'At-Home' reception by President Droupadi Murmu at Rashtrapati Bhavan. Later, El-Sisi will be called on by the Vice President Jagdeep Dhankhar and the two sides will hold a meeting.

El-Sisi was elected as the sixth President of Egypt in May 2014. He graduated from the Egyptian Military Academy in 1977 and was appointed to the post of Director of Intelligence in 2010.

In August 2012, he was appointed as the Minister of Defense and the commander of the Egyptian Armed Forces where he remained until his resignation in March 2014 to run for the Presidency.

"This is for the first time that the President of the Arab Republic of Egypt has been invited as Chief Guest on our Republic Day. A military contingent from Egyptian Army will also participate in the Republic Day parade," the Ministry of External Affairs said in an official statement.

Currently, the special forces of the Indian and Egyptian armies, are engaged in the first-ever joint exercise named 'Exercise Cyclone' at Jaisalmer in Rajasthan. The exercise kickstarted on January 14.

Since time immemorial, India and Egypt have enjoyed strong defense ties. There was close cooperation between the Air Forces, with efforts at jointly developing a fighter aircraft in the 1960s. IAF pilots had also trained Egyptian pilots from the 1960s until 1984.

As India and Egypt are celebrating 75 years of establishment of diplomatic relations this year, New Delhi has also invited Egypt as a 'guest country" during its G20 Presidency. Moreover, the visit of El-Sisi is seen as a visit to bolster ties between India and Egypt and further deepen them.

India and Egypt have "warm and friendly relations marked by civilizational, cultural and economic linkages and deep-rooted people-to-people ties", as per the MEA statement.

El-Sisi, who arrived in India on Tuesday, received a warm, traditional welcome. According to a statement by the Ministry of External Affairs, the Egyptian President was accorded a ceremonial reception at the Rashtrapati Bhavan on Wednesday.

He also laid a wreath at Rajghat and paid his tribute to the Father of the Nation, Mahatma Gandhi.

Egyptian President Abdel Fattah El-Sisi, who will be the chief guest at the Republic Day Parade, held discussions with Prime Minister Narendra Modi on Wednesday and the two countries decided to take bilateral trade to 12 billion dollars in the next five years.

The two leaders also held extensive discussions on strengthening the food and pharma supply chains affected by the COVID and the Ukraine conflict.

During his visit, El-Sisi will also interact with the business community in India.

The ties between the two nations are based on shared cultural values, commitment to strengthening economic growth, and cooperation in various sectors, including defence, security and convergence on regional and global issues.

The bilateral trade between India and Egypt reached USD 7.26 billion in the financial year 2021-22, according to an MEA statement. India's exports to Egypt were worth USD 3.74 billion while Egypt's exports to India were worth USD 3.52 billion. Over 50 Indian companies have invested around USD 3.15 billion in Egypt's various sectors, including chemicals, energy, textile, garment, agri-business and retail.

Egypt has traditionally been one of India's most important trading partners in the African continent. The India-Egypt Bilateral Trade Agreement has been in operation since March 1978 and is based on the Most Favoured Nation clause and the bilateral trade has increased more than five times in the last ten years.

During this period of 2021-22, the top Indian imports from Egypt were Mineral Oil/Petroleum, Fertilizers, Inorganic Chemicals, and Cotton and the main items of export to Egypt from India were Buffalo Meat, Iron & Steel, Light Vehicles, and Cotton Yarn.

The Russia-Ukraine conflict has threatened Egypt with a shortage of wheat, 80 per cent of which is imported from Russia and Ukraine. On 14 April 2022, the Egyptian Cabinet announced the inclusion of India in the list of accredited countries which can supply wheat to Egypt, thus ending a long pending Non-Tariff Barrier.

India and Egypt, two of the world's oldest civilizations, have enjoyed a history of close contact from ancient times. Both countries share a close political understanding based on a long history of contact and cooperation in bilateral, regional, and global issues.

Egyptian President El-Sisi, after concluding his India visit will emplane for Cairo on January 27.