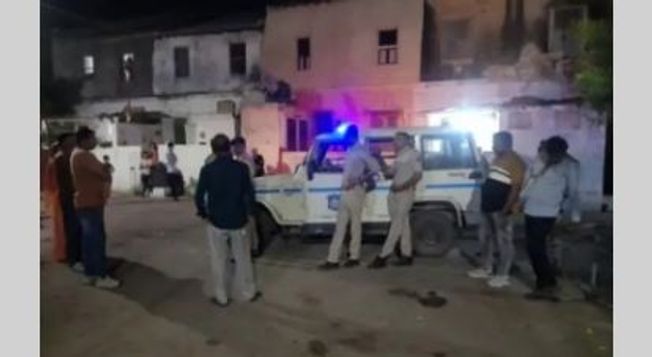 As many as six persons were booked for firing in Gujarat's Morbi town, police said on Thursday.

Morbi, Oct 27: As many as six persons were booked for firing in Gujarat's Morbi town, police said on Thursday.

The incident happened on Wednesday night when a person opened two rounds of fire over the issue of bursting firecrackers. None was injured in the firing, but one person was injured after physical assault.

According to the complaint lodged by Sangramsinh Jadeja, he had requested his neighbours, the Koli family, not to burst crackers on the road. But the family members, named as Hemant Koli, Rahul koli, Tulsi Koli and Kisan in the complaint, did not heed to his requests and entered into a heated argument with him.

While the quarrel was going on, Tulsi Koli called someone and two more persons arrived at the scene. One of them opened fire in the air from his personal weapon and then hit the complainant on his face and injured him.

Police Inspector H.A. Jadeja and his team rushed to the spot, but by then the accused had fled away. The police officer said, "Search for the accused is going on. They have been booked for attempt to murder, criminal intimidation and under the Arms Act's section."

Two rounds were fired by a private person over a petty issue of bursting firecrackers in Morbi town of Saurashtra region. (IANS)