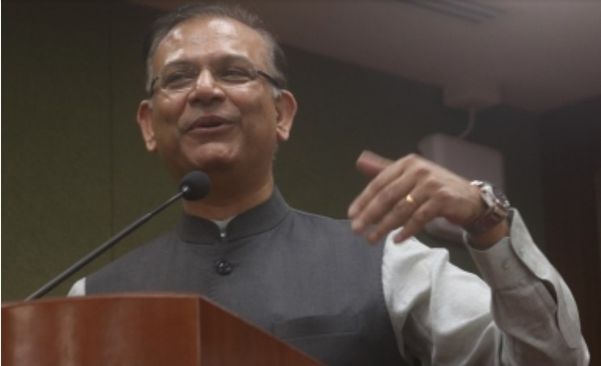 The Standing Committee of Finance headed by Jayant Sinha will meet on December 8 to consider and adopt the draft report on Competition (Amendment) Bill 2022.

New Delhi, Dec 4: The Standing Committee of Finance headed by Jayant Sinha will meet on December 8 to consider and adopt the draft report on Competition (Amendment) Bill 2022.

On the same day, the Panel has summoned Law Secretary Niten Chandra to brief them on certain provisions of the Bill.

The Bill seeks to amend the Competition Act, 2002, to regulate mergers and acquisitions based on the value of transactions. Deals with transaction value of more than Rs 2,000 crore will require CCI's approval.

The Bill proposes to reduce the timeline for the CCI to pass an order on such transactions from 210 days to 150 days.

The Bill also expands the scope of entities that can be adjudged to be a part of anti-competitive agreements.

Currently, enterprises or persons engaged in similar businesses can be held to be a part of anti-competitive agreements.

The Bill expands this to also include enterprises or persons who are not engaged in similar businesses.

One of the key clarifications that the Panel could be deliberating with the Law Secretary is the need for clarity on the provision in the Bill that allows DG (inspection) to examine legal advisors.

The point being whether this provision will violate client-attorney privileged communication under the Indian Evidence Act.

Moreover, the Bill provides a framework for settlement and commitment for faster resolution of investigations of anti-competitive agreements and abuse of dominant position. It also proposes to decriminalise certain offences under the Act by changing the nature of punishment from imposition of fine to civil penalties.

These offences include failure to comply with orders of the CCI and directions of the Director General related to anti-competitive agreements and abuse of dominant position. Rayagada, Jan 28: In a tragic mishap, a person was killed and seven others were injured, two of them critically, as an auto-rickshaw, in which they were travelling, overturned near Kiapadu in Rayagada district early this morning. The deceased is yet to the identified. While the injured persons were
Read full story