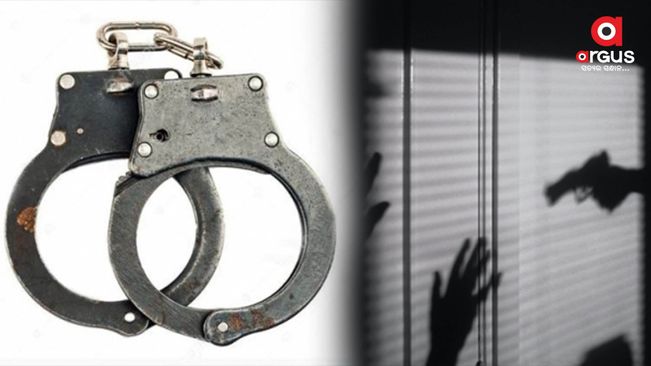 The Class 12 student, who shot his principal in Sitapur on Saturday, was arrested from Lucknow on Sunday.

Lucknow, Sep 25: The Class 12 student, who shot his principal in Sitapur on Saturday, was arrested from Lucknow on Sunday.

The country-made pistol, he used to shoot the principal, has also been recovered from his possession.

Circle Officer Mehmoodabad, Ravi Shankar Prasad, said that the student has been arrested from Lucknow and is being taken to Sitapur.

The principal, Ram Singh Verma, had reprimanded the boy for indiscipline and the boy shot at him on the campus in Sitapur on Saturday.

The principal suffered one bullet wound in his stomach and was first taken to the local Community Health Centre and later shifted to King George's Medical University (KGMU) Trauma Centre in Lucknow.

The doctors said the bullet did not damage any of the vital organs and was taken out from the principal's body.