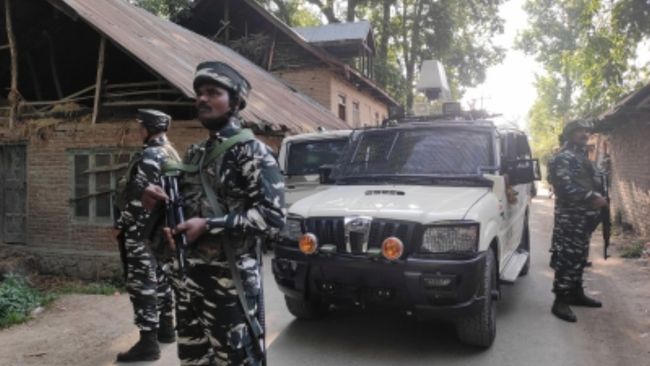 Srinagar, Oct 27: A terrorist was killed in an encounter between terrorists and security forces in Jammu and Kashmir's Kulgam district on Thursday, police said.

"An encounter took place at Asthan Marg in general area of Kausarnag, Kulgam district in which one terrorist got killed. Search still going on," police said.

The firefight started after a joint team of police and security forces got an input about the presence of terrorists in that area.