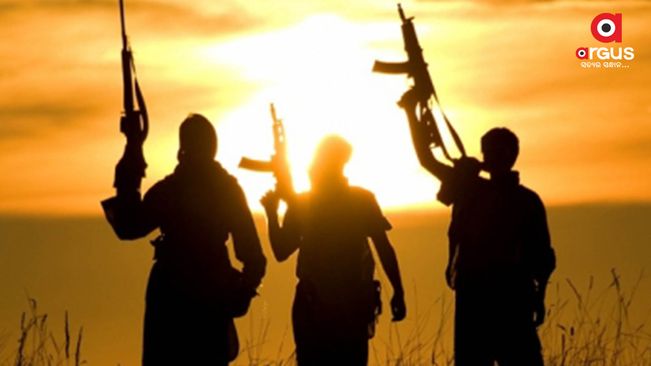 An assistant sub-inspector (ASI) of the Central Industrial Security Force (CISF) was killed on Friday in a terror attack in J&K's Jammu city.

Jammu, Apr 22: An assistant sub-inspector (ASI) of the Central Industrial Security Force (CISF) was killed on Friday in a terror attack in J&K's Jammu city.

Police sources said terrorists attacked a bus of the CISF troopers near the Chaddha camp in Jammu city at around 4.25 a.m. The bus was carrying 15 troopers for morning shift duties.

"CISF troopers effectively retaliated against the attack and forced the terrorists to run away.

"One CISF ASI lost his life and two troopers were injured in the attack", sources said.

In another ongoing operation against the terrorists in the Sunjwan area of Jammu city, one security personnel was killed and three injured in a gunfight that ensued after the security forces acting on specific information surrounded the Jalalabad area in Sunjwan. Tow terrorists have been eliminated in the gunfight.