TN has no right to obstruct Mekedatu project: K'taka CM 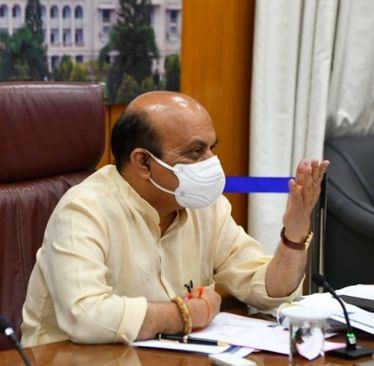 Karnataka Chief Minister Basavaraj Bommai said that the neighbouring Tamil Nadu has no right to obstruct or form a law over the Mekedatu project.

Ballary, (Karnataka) Oct 4: Karnataka Chief Minister Basavaraj Bommai said that the neighbouring Tamil Nadu has no right to obstruct or form a law over the Mekedatu project.

"Tamil Nadu has no right to make any decisions over the Mekedatu project. Everyone knows about the stand of that state. They will bring politics into the project. However, our stand won't change. There is no question of Karnataka backing off from the implementation of the project," he said.

Bommai stated that if the Kalyan Karnataka Development Board succeeds in utilising Rs 1,500 crore within the stipulated time, the state government will provide a Rs 3,000 crore special package for the development of the region.

Bommai has also stated that the ruling BJP would register a thumping win in the by-elections to two Assembly constituencies in the state.

"These elections are not the semi-finals to the 2023 Assembly elections. The Congress even after winning by-elections lost in Assembly polls which were held just after," he added.
(IANS)
Share story
PM Modi seeks cooperation of all parties to make India's G20 Presidency successful
by Argus News
Mon, Dec 05 | 11:10 p.m.