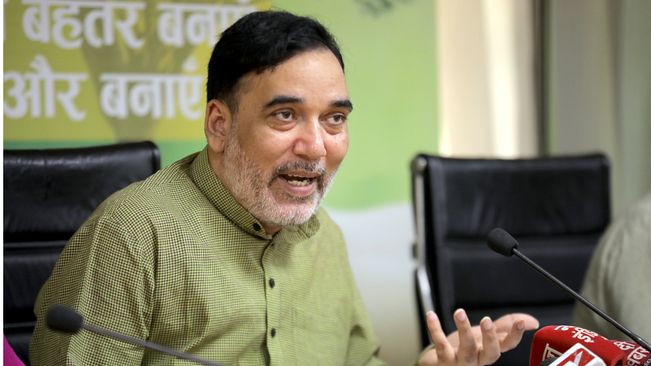 New Delhi, Sep 10: As many as 173 cases of lumpy virus have been detected so far in cattle in the capital city, Minister for Environment, Forest & Wildlife, Gopal Rai said here on Saturday.

It includes 45 cows from Gol Dairy, 16 from Najafgarh area, 40 in the Rewla Khanpur area, and some others from adjacent villages, he said.

While addressing the media here, he said that most of the cases have been found in South and West District of national capital Delhi. The lumpy virus has been also found in neighbouring states of Rajasthan, Uttarakhand and Uttar Pradesh, he added.

Addressing the media, Rai said the Delhi government has deployed two mobile veterinary clinics and set up 11 rapid response teams to collect samples. Four teams have been formed to create awareness about the infection, he added.

The city government has also set up a special control room with helpline number 8287848586 for queries related to lumpy virus. However, he said that there is no threat for human beings with this virus.

Lumpy skin disease is a contagious viral disease that spreads among cattle through mosquitoes, flies, lice and wasps by direct contact, as also through contaminated food and water. The disease causes fever and nodules on the skin, and it can be fatal.

The Delhi minister said that an isolation ward is being set up in Rewla Khanpur in southwest Delhi for abandoned cattle suffering from lumpy skin disease.