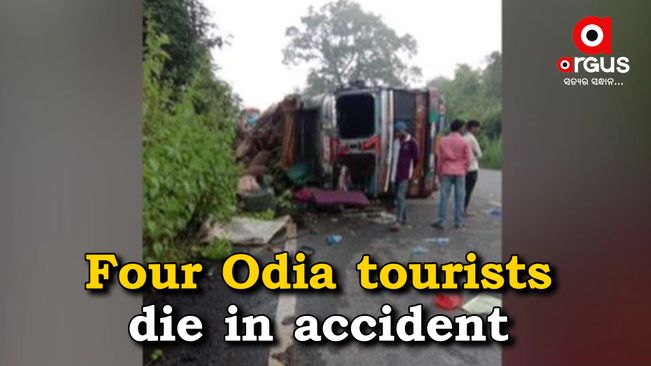 In a shocking incident, four Odia tourists were reportedly killed and 35 others sustained injuries, some of them critically, as a bus by which they were travelling met with an accident in Jharkhand today.

Bhubaneswar, Oct 2: In a shocking incident, four Odia tourists were reportedly killed and 35 others sustained injuries, some of them critically, as a bus by which they were traveling met with an accident in Jharkhand today.

The deceased four persons include two of the Kaniha area in Angul district and two others in Balasore district. They and others had gone to a tourist spot in Uttar Pradesh.

According to information, a bus carrying 50 tourists was returning from Uttar Pradesh when it collided head-on with a truck at Hazaribagh in Jharkhand.

All the injured persons have been admitted to a nearby hospital and are undergoing treatment there.