Want Congress to take care of people who have been loyal to party: Rajasthan minister Mahesh Joshi 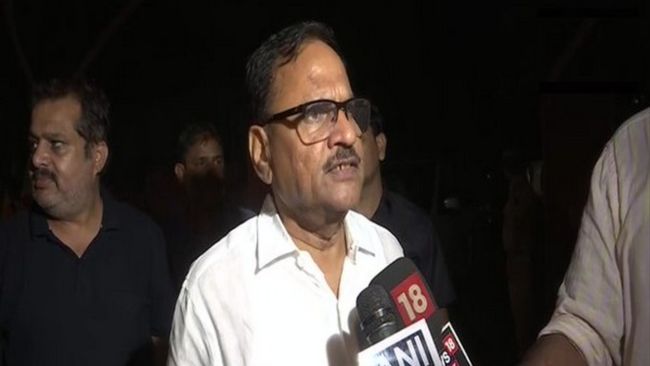 Jaipur, Sep 26: Amid the political crisis in Rajasthan Congress, State Minister Mahesh Joshi in the wee hours of Monday said that they want the party to take care of people who have been loyal to Congress.

He further said that every MLA believes in interim president Sonia Gandhi that their demands will be considered. "Every MLA has faith in interim president Sonia Gandhi. We have kept our point and expect that our demands will be considered when the final decision is taken by the high command. We want the party to take care of people who've been loyal to Congress," said Joshi.

All Congress MLAs have left for their home from Rajasthan Assembly Speaker CP Joshi's residence.

Both the observers are likely to meet around 90 MLAs who have tendered their resignation to Assembly Speaker.

We are not going to Delhi at the moment, we have been instructed by Congress interim president Sonia Gandhi to conduct one-to-one talks with Rajasthan Congress MLAs. We will meet them tonight," Maken told ANI.

Congress leader KC Venugopal said that things would be sorted out soon.

"Neither did I talk to CM Ashok Gehlot, nor did he call me, things will be sorted out soon," said Venugopal.

Earlier, state legislator Pratap Singh Khachariyawas said that all the MLAs are angry and are resigning as they were not consulted before the decision.

"All the MLAs are angry and are resigning. We are going to the speaker for that. MLAs are upset how can CM Ashok Gehlot take a decision without consulting them", said Khachariyawas.

He further said that alleged that the party doesn't listen to them and decisions are being taken without any discussion.

Meanwhile, CM Ashok had expressed their willingness to contest for the party's topmost position. He said, "It's decided that I'll contest (for the post of Congress President). I'll fix the date soon (to file his nomination). There's the need for the Opposition to be strong, looking at the current position of the country."

Khachariyawas said, "CM Gehlot should pay heed to the suggestions of MLAs. We have 92 MLAs with us".

In the meeting, there are chances that a resolution will be passed relating to the change of leadership in Rajasthan.

Rajasthan CM Ashok Gehlot is also likely to resign from his post before filing his nomination for the Congress President poll.

On Saturday, Ajay Maken had a meeting with Congress interim President Sonia Gandhi.

AICC general secretary (organisation) KC Venugopal said the Congress president had appointed Mallikarjun Kharge and Ajay Maken as observers for the Rajasthan CLP meeting to be held on Sunday at 7 pm in Jaipur.

Filing of nominations for the post of Congress president began on Saturday with a contest between Ashok Gehlot and former Union Minister Shashi Tharoor on the cards.

The nominations will be filed till September 30 and results declaring the new Congress chief will be announced on October 19.

This will be the first time in 25 years that Congress will see a non-Gandhi chief after Sonia Gandhi replaced Sitaraman Kesri as party chief in 1998.

The last time the party had a non-Gandhi chief was in 1997 when Sitaram Kesri defeated Sharad Pawar and Rajesh Pilot.

Chairman of Central Election Authority Madhusudan Mistri will be available in Congress headquarters in the national capital to take the nomination papers as returning officer of the election.

Gehlot had earlier made it clear that there will be no candidate from the Gandhi family this time.

Speaking to ANI Gehlot said, "I have requested him (Congress MP Rahul Gandhi) multiple times to accept everyone's proposal of becoming the Congress President. He clarified that no one from the Gandhi family should become the next chief." (ANI)