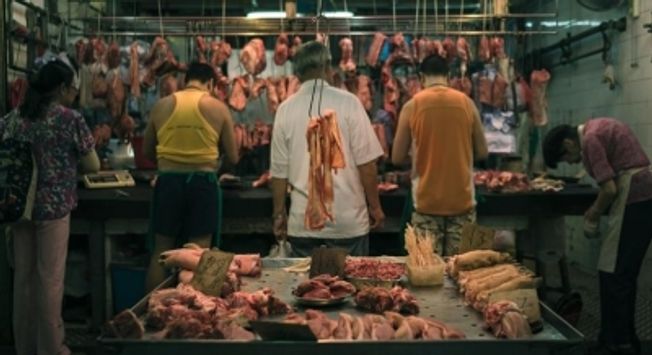 Lucknow, Sep 14: The Yogi Adityanath government in Uttar Pradesh has shut down 150 illegal slaughterhouses and identified 356 cattle mafias as part of its ongoing mission to protect cows and check smuggling.

The state government has initiated legal action against 1,823 accused and confiscated assets worth more than Rs 18 crore of 68 smugglers booked under the UP Gangsters and Anti-Social Activities (Prevention) Act in the last four and a half years, said an official spokesman on Tuesday.

Cow smuggling has always been a major issue in Uttar Pradesh that has led to frequent incidents of violence in the state.

The regulations for the operation and maintenance of slaughterhouses were not implemented properly earlier and permission was given to those willing to open slaughterhouses indiscriminately without ensuring their adherence to regulations.

After Yogi Adityanath took over as the chief minister, strict instructions for implementation of the Supreme Court's order and the Central Government's guidelines in this regard were issued.

According to the Police Department's latest data, 319 cow smugglers have been arrested in the last four and a half years while properties of two have been attached and 14 have been booked under the National Security Act.

Apart from this, 280 accused have been charged under the Gangsters Act, 114 under Goonda Act whereas cases of 156 history-sheeters have also been opened.

The Yogi Adityanath government also started a novel cow adoption initiative for destitute cows to motivate farmers to come forward and adopt stray cattle and rear them. Under this scheme, interested farmers and livestock owners are given an allowance of Rs 900 per month to rear stray cattle.

According to the Department of Rural Development and Livestock, more than 83,203 cows had been given to more than 43,168 people in the state till July, this year.

A total of 5,278 permanent cow shelters have been built in the rural and urban areas of the state housing about 5,86,793 cows.