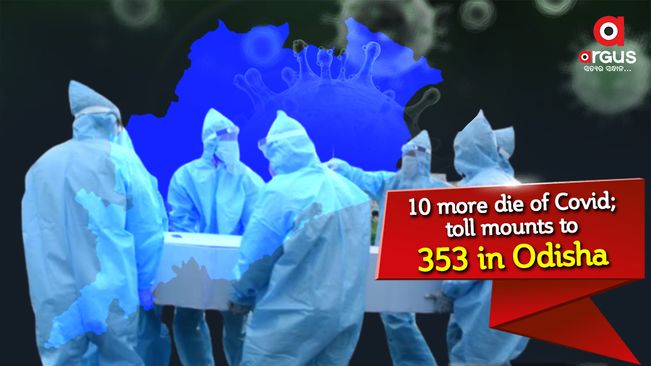 Bhubaneswar, August 17: Ten more persons died of Covid-19 in Odisha in the last 24 hours, taking the State’s toll to 353.

“Regret to inform the demise of ten Covid19 positive patients while under treatment in hospitals,” tweeted the Health and Family Welfare Department.

Among the deceased, seven were also suffering from diabetes or/and other diseases while the rest three had no other health complexities.