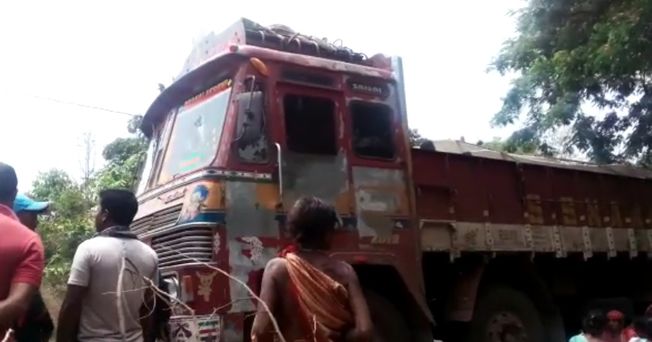 Koraput, April 17: In yet another road mishap in the State, at least two persons were killed while another turned critical after their bike was hit by a speeding truck near Champua village under Padua Police Station in Koraput district on Sunday.

The deceased duo has been identified as Jogesh Khila and Jay Sisa of Pujariput village. The injured is Babula Pujari of the same locality.

The crash took place while the trio was heading to Padua from Pujariput village in the morning to celebrate ‘Chaiti Parba’. Driver of a speeding truck heading in the opposite direction lost control over the wheels near Champua to hit their bike head-on.

As a result of the accident, Jogesh who was riding the bike got stuck under the truck to succumb on the spot. The other two sustained critical injuries after falling off the bike.

Babula is currently under treatment and his health condition is unstable, says report.

Angry locals staged a road blockade at the accident site demanding compensation for the deceased’s kin which disrupted traffic flow between Nandapur-Visakhapatnam for hours.