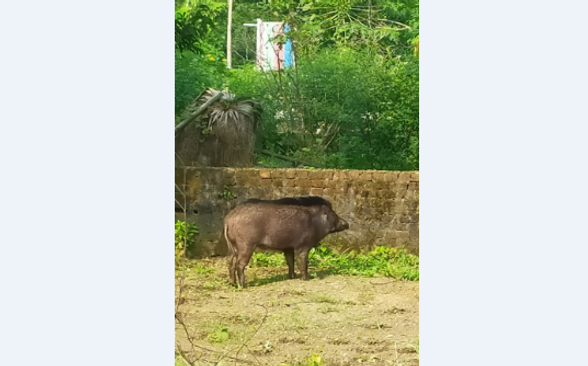 With no end in sight from incidents of human-animal conflict in the State, at least four persons sustained grievous injuries after a wild boar mauled them in Badadibrida village under Kaniha Forest Range in Angul district on Saturday.

The incident took place at around 8 am in the morning while two of the victims identified as Maharga Raul and Katu Raul were busy working in their gardens in the village. The wild boar which had sneaked into the village in search of food mauled them badly.

Both the victims were rushed to Kaniha Community Health Centre (CHC) by some locals who rescued them from the predator.

Subsequently, the same boar attacked one Kalia Sethi of the village while he was en-route to attend nature’s call and Biranchi Maharana while he was on his way to farmland.

While all four victims are under treatment at the Kaniha CHC, the forest officials have launched an effort to catch the wild boar by reaching the spot.