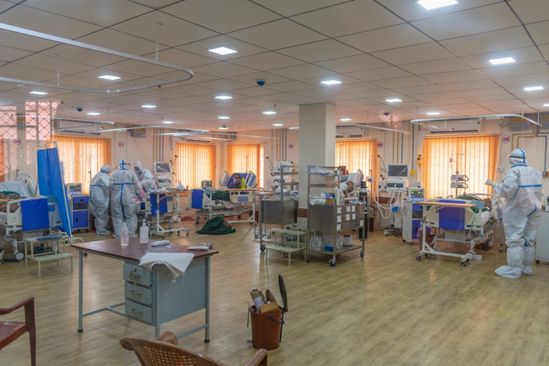 As many as 601 Covid patients recovered in Odisha on Saturday, informed the State Health and Family Welfare Department.

Bhubaneswar, Sept 25: As many as 601 Covid patients recovered in Odisha on Saturday, informed the State Health and Family Welfare Department.

Out of fresh recoveries, the highest number of 260 recoveries were reported from Khordha district, followed by 67 from Cuttack, 33 from Jagatsinghpur, 28 from Jajapur, 27 from Baleswar, 22 from Mayurbhanj, 15 from Koraput, 11 from Puri, 10 from Angul, 10 from Sundargarh, eight each Bargarh, Kendrapara, Malkangiri and Sambalpur, seven from Bhadrak, six from Nayagarh, five from Ganjam, four from Jharsuguda, two each from Keonjhar and Rayagada and one patient recovered from Subarnapur district.

Besides, 49 recoveries were reported from the State Pool.

“The total recovered cases of Odisha now stand at 10,10,183,” said the Health Department.