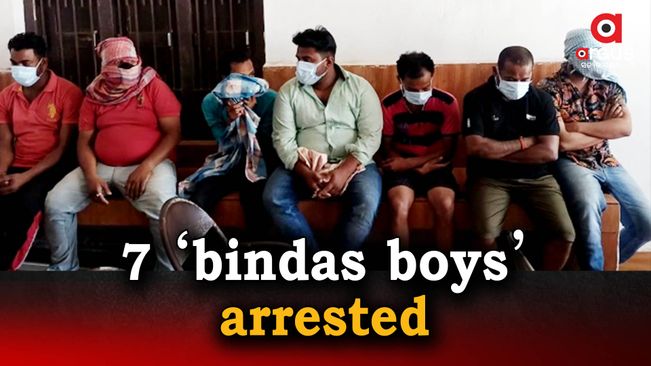 Baripada, Mar 19: At least seven members of a WhatsApp group, which circulates pornographic content, were arrested in connection with a minor girl suicide case in the Shuliapada area of Mayurbhanj district, police said today.

According to police, the members had created a WhatsApp group namely ‘Bindas Boys’ and used to share obscene videos and photos in it. They added people from Sundergarh, Mayurbhanj and Balasore districts in the group and shared the pornographic content with them.

“The seven persons used to video call girls and ask them to undress themselves. As the girls took their dress off, the accused took the screenshots and shared them on the WhatsApp group,” said a police officer.

“The seven persons have stared the group in 2017. They shared the obscene photos of girls and phone numbers with other members of the group and asked them to blackmail the girls,” said Mayurbhanj SP in a presser held today.

“The accused were arrested after obtaining data from WhatsApp. The accused have also shared the nude photos and videos of other girls in the group, further investigation into the matter is underway,” said the SP.