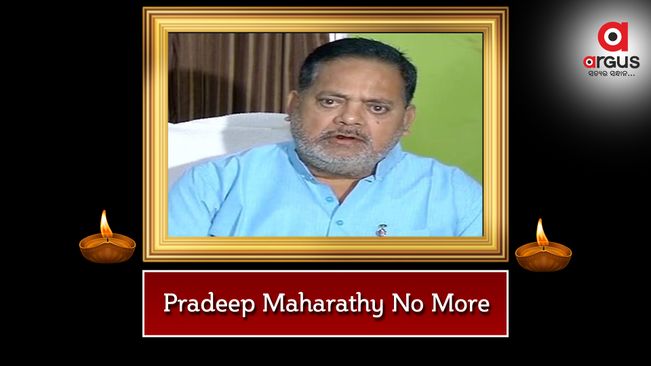 He is survived by his wife, son and daughter.

Born on July 4, 1955, Maharathy was one of the towering non-Congress personalities.

Considered a close confidante of Biju Patnaik,  Maharathy began his career from student politics. He was elected as Secretary, Morning College, Puri, and President of SCS College, Puri.

In the 1975 Emergency, he was arrested under Maintenance of Internal Security Act (MISA).

Known for his good sense of humour, the leader always projected him as a farmer. May it be in the Assembly or outside, he always chose to raise the voice of common people.

A straight-forward politician as he was, Maharathy very often put his party on the spot by making some frank observations. He often lost his ministerial berths for failing to keep control on his mouth.

Despite his commitment to the party and leadership, Maharathy had to wait till 2011 to get a ministerial berth.

As minister of agriculture, fisheries and animal resources, he initiated a lot of welfare measures for the farmers. He toured to various parts of Odisha to gather first hand information on the plights and problems of farmers.

On December 22, 2017, he was appointed as panchayati raj and drinking water minister. His tenure marked several villages in the state getting piped water.