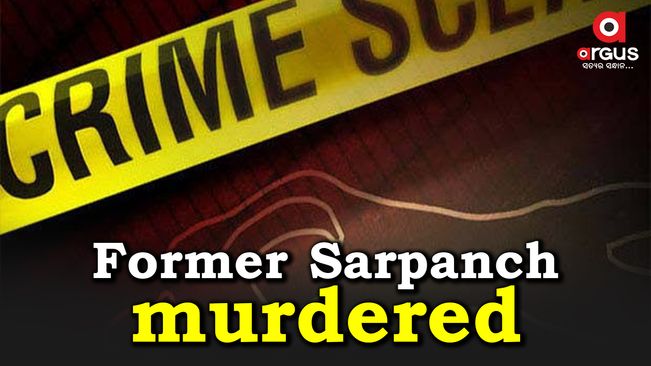 Berhampur, Nov 5: The mutilated body of a former Sarpanch was found from the roadside near Sukunda water factory under Bada Bazar police limits here in Odisha on Friday.

The deceased has been identified as Pradip Bisoyi, former Sarpanch of Antei gram panchayat under Digapahandi block in Ganjam district.

As per reports, locals spotted the blood-spattered body and a scooty on the roadside this morning and alerted the police in this regard.

After getting information, Bada Bazar Police rushed to the spot and started an investigation into the matter.

Prima facie it appears that Bisyoi was murdered by some miscreants, police said.

Locals said that Bisoyi was recently released on parole from Berhampur jail. The former Sarpanch was killed over past enmity, they alleged.