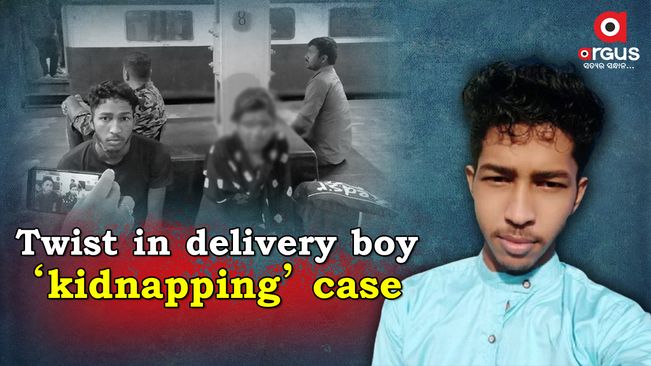 Bhubaneswar, August 14: In a dramatic turn of events in the alleged kidnap of a delivery boy, identified as Patitapaban Prusty, from the outskirts of Bhubaneswar in Odisha on Saturday night, police on Tuesday traced him along with his female friend in Madhya Pradesh.

Police tracked Prusty’s mobile phone and traced him at Katni railway station in Madhya Pradesh with the help of the Government Railway Police (GRP), said Bhubaneswar DCP Umashankar Dash adding that a police team from Bhubaneswar will visit Madhya Pradesh to bring back Prusty and his female friend.

On Saturday night, Prusty allegedly sent a voice message to his wife that he was attacked and kidnapped by some miscreants from Lingipur area of Bhubaneswar.

Soon, his family members lodged an FIR at Dhauli Police Station in the State Capital.

Later, the Commissionerate Police seized a bag, money purse, and footwear from the bank of River Daya in city outskirts.  A new knife was also seized from the spot.

It is being suspected that Prusty plotted a dramatic story to convince his family that he was being kidnapped.

Prusty, who is already married, was staying with his family at Nuagaon Bijayvihar area in the State Capital. He was working as a delivery boy of food ordering and delivery platform, Swiggy.

Meanwhile, family of a girl lodged complaint against Prusty at Gop police station in Odisha’s Puri district, accusing him of abducting their girl from their village. They also claimed that both were in a relationship since last few months.