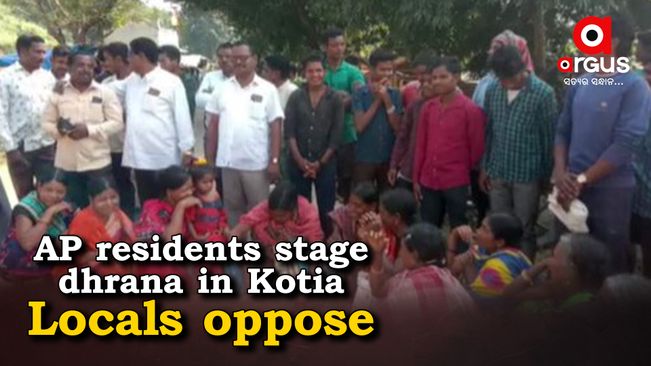 Taking a new move claim right over Kotia in Odisha’s Koraput district, Andhra Pradesh leaders and lawyers began a sit-in dharna in Nerediwalasa village on the border this morning.

The agitators have stated that Andhra Pradesh has equal right over Kotia as Odisha has over it.  Demanding execution of Andhra Pradesh Government’s people’s welfare schemes in the Kodia area, they have threatened that they would approach Supreme Court if the Odisha Government doesn’t allow implementation of Andhra schemes.

“Administrative officers of Odisha should allow execution of Andhra Pradesh schemes in Kotia area. Otherwise, we will knock on the door of the Supreme Court,” they threatened.

Meanwhile, people of Kotia have opposed the shrewd move of the Andhra Government.

"We will not accept any trick of Andhra Pradesh. Kotia is part of Odisha. Our women and youth will vehemently opposed any move adopted by the Andhra Pradesh to claim right over Kotia," said a villager.