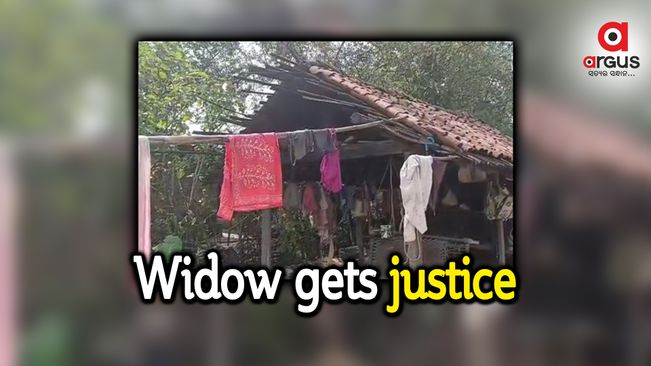 The husband of Saleg Soren of Nuagaon under Thakhurmunda in Mayurbhanj distrirct died 15 years ago. Of her two sons, the eldest one has died, and the youngest son is living with her. After the death of her husband, the government supplied ration has stopped because of Aadhar-linking consideration.

A youth of Nuagaon had brought to the light the plight of Saleg in Aame Uttaradayi programme of Argus. Our correspondents visited the place to find out what the truth is. The representative found that she was actually a helpless widow. He has no ration card, no Aadhaar card, no voter card, no widow's allowance and is living a miserable life.

Salage Soren’s neighbours said says she is living her life with great difficulty.

"I brought to the notice of Sarpanch, ward members and BDO my plight many times. No one understood my grief, saying that I do not Aadhaar card.

Asked by the Sarpanch why Saleg Soren's allowance, ration card, Aadhaar card, voter card could not be made, the sarpanch said all the required papers will be provide soon and the family will receive its entitlements.

Thakurmunda BDO Shyamsunder Tudu told our correspondent by phone that he had written to the Sub-Collector for issue Saleg’s ration card and widow allowance.