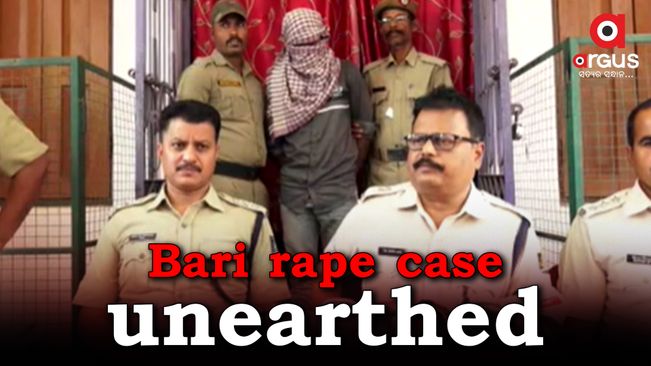 --The continuous telecasting of Argus News’ exclusive reports to bring the truth behind the Bari Ramchandrapur minor girl death case into the fore has finally forced the local police to adopt a positive aspect in the investigation.

Jajpur, Apr 22: The continuous telecasting of Argus News’ exclusive reports to bring the truth behind the Bari Ramchandrapur minor girl death case into the fore has finally forced the local police to adopt a positive aspect in the investigation.

As a result, the accused has been arrested and, if the investigation goes on a perfect way, the victim and her family members are most likely to get justice.

According to information, a girl was found dead on a riverside at Ramchandrapur on February 17, 2022. The girl’s parents filed a complaint with the police the next day alleging that their daughter was raped and murdered. However, the police registered an unnatural death (UD) case and sat silent.

However, the Argus News, taking seriously of the sensitive matter, made all efforts to bring the truth to the fore. It telecast the entire series of events, suggesting to the police and the administration that what happened on February 17 was a rape and murder incident.

The Bari police then rose to action and conducted an investigation. The police arrested the accused, Subrat Behera of a nearby village, from faraway Bengaluru.

Addressing a Press meet today, police said the accused has conceded to the crime of raping and then killing the girl.

“The girl had gone to clean utensils to a river. Taking advantage of loneliness, Subrat raped her. Lest she should narrate the matter to others and create trouble for him in future, Subrat too killed her,” police officers said, adding, “Subrat has also conceded to the crime.”

Meanwhile, villagers have expressed doubts saying further investigations may be hampered as Bari PS IIC Kabuli Barik and his subordinate Narayan Barik are still on the probe charge. They had supressed the rape and murder case and sat silent after registering a mere UD case, they alleged.

They demanded that the accused be awarded death sentence soon.