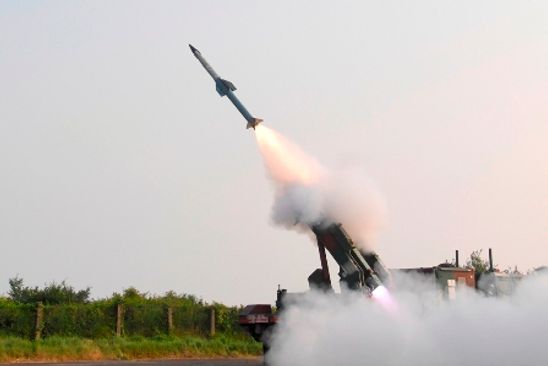 Two successful test-flights of the indigenously-developed Quick Reaction Surface to Air Missile (QRSAM) air defence system from the Integrated Test Range (ITR) at Chandipur in Odisha’s Balasore district in a gap of just four days has added more strength to the India’s armoury.

The test-flights conducted on November 13 and 17 in presence of the defence scientists comes during a time of growing border disputes between India and China and ceasefire violations by Pakistan in Jammu and Kashmir.

The QRSAM weapon system can operate on the move. It consists of all indigenously developed subsystems.

On both flight-tests, all objectives were fully met. The launch was carried out in the presence of the users from Indian Army.

India has already deployed Prithvi, Akash, Trishul, Nag and Brahmos to its armoury and the new weapon, once added to the kitty, would give more firepower to our defence system.

Defence minister Rajnath Singh and defence secretary Dr G Satheesh Reddy – who on the both successful tests congratulated our scientists believe the new missile was capable of repulsing the enemy attack on any weather conditions.

The QRSAM is capable of detecting and tracking targets on the move and engaging targets with short halts. It has a four-stage radar system and can track all ranges.