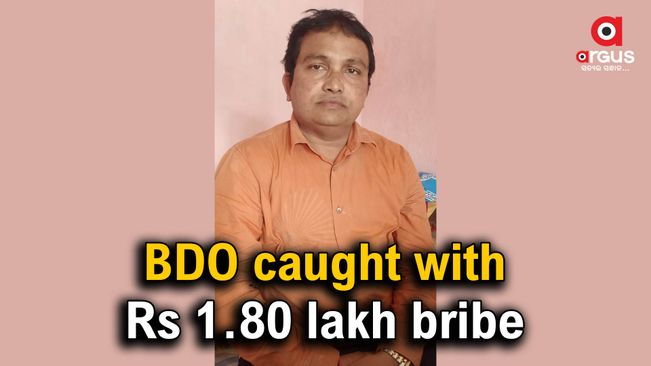 Binod Kumar Naik, BDO of Gudvela Block in Balangir district, was caught red-handed by Odisha Vigilance while he was taking bribe of Rs1.80 lakh from a contactor.

The accused OAS officer was caught red-handed while taking the bribe amount of Rs.1.80 lakh from a contactor i.e  Rs 30,000 for previous executed work of Gudvela Block and Rs1.50 lakh to assign him  the new work of the block of estimated cost for Rs.30 lakhs at five per cent of total work order, said a Vigilance official.

The total bribe amount of Rs 1.80 lakh has been recovered from the possession of the accused BDO and seized.

Following the trap, the Vigilance official conducted simultaneous searches at three locations associated with Naik on charges of possessing of assets disproportionate to the known source of his income.

In this connection, Sambalpur Vigilance registered a case against the accused BDO under section 7 of Prevention of Corruption (Amendment) Act, 2018. Further investigation against accused Naik is in progress, the official added.