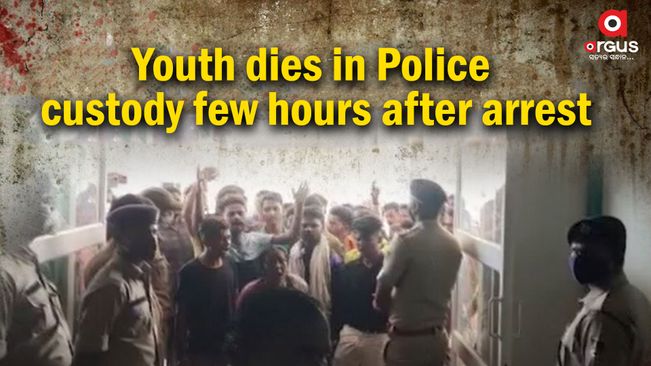 Bargarh, Sep 25: Tension ran high in Bargarh town as police resorted to lathicharge on villagers protesting death of a co-villager under police custody a few hours after his arrest today.

According to information, Bargarh Town police had lifted away Govind Kumbar (25) from his house at Tora village at about 3 am on Saturday. A few hours after the action, police informed the family members that Govind died under treatment at the district headquarters hospital.

Raged at this, villagers rushed to the hospital and went on a rampage in protest. Even Govind’s younger brother climbed up a 7-storay building of the DHH and threatened to commit suicide by jumping if justice is not given to the family at the earliest. Fortunately, he was stopped by family members and relatives.

Later, the agitating villagers carrying the corpse of Govind were going to the SP office for a protest when police lathicharged them on midway at Gandhi chhak.

“We will continue our protest until we the family has not given justice. Police have beaten our son to death without any reason,” alleged villagers.