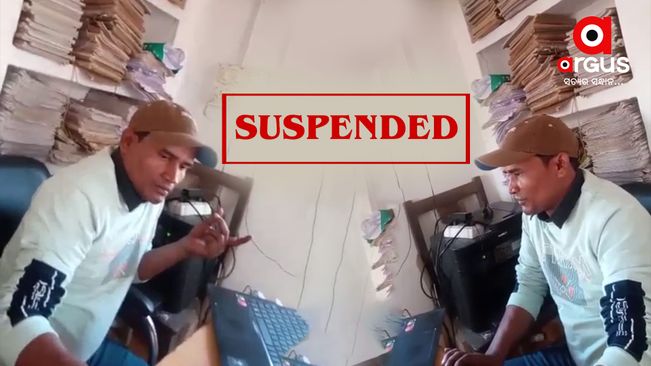 Bhadrak, Dec 8: Reacting quickly to a video of a Revenue Inspector (RI) demanding a bribe for issuing a caste certificate, the Bhadrak district Collector placed the RI under suspension on Wednesday.

Disciplinary action was taken against the RI, Tapas Ranjan Jena of the Dalang revenue department under Dhamnagar tehsil for demanding and accepting illegal gratification from the general public. The Collector placed Jena under suspension with immediate effect, exercising the powers conferred under Rule-12(i)(a) of Orissa Civil Service Rules, 1962.

“During this period of suspension, the headquarter of Jena has been fixed at the sub-collector’s officer, Bhadrak.  He will not leave headquarters without prior permission of the competent authority,” stated an office order.

According to reports, a person had applied for a caste certificate for his daughter. However, the man was unable to get his daughter’s certificate. The man then contacted Jena who allegedly demanded a bribe of Rs 500 for the issuance of the certificate.