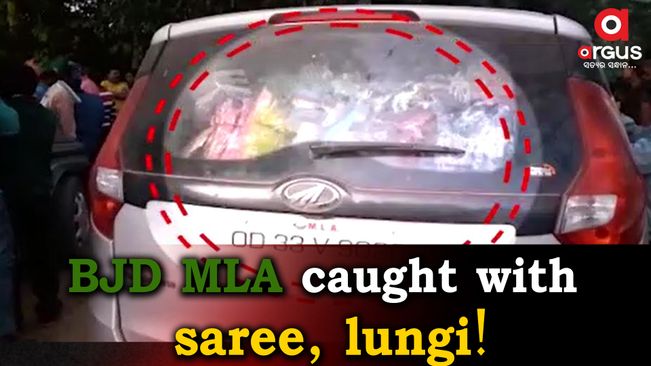 Nabarangpur, Feb 12: Ruling BJD leader and Dabugaon MLA Manohar Randhari faced a fury of the villagers during a poll campaigning at Randaguda village under Kantamal gram panchayat in Papadahandi block in the district today.

According to initial reports, the local residents detained the BJD MLA’s vehicle, which was carrying saree and other garments. They accused that Randhari was about to distribute the freebies among the voters to influence them.  On being informed a team of Maidalpur police reached the village and launched a probe.