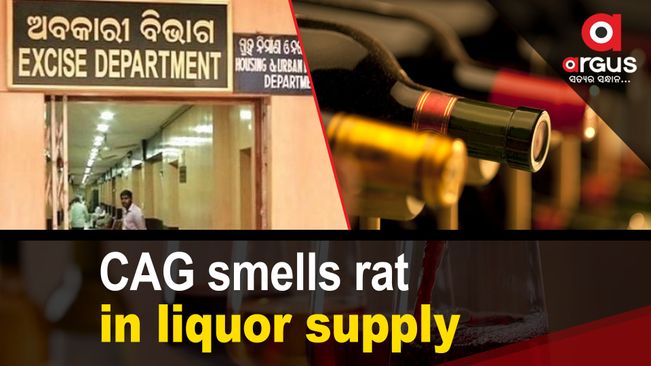 Bhubaneswar, Dec 3: The Comptroller and Auditor General (CAG) report, which was presented in the Odisha Assembly on Friday, has revealed severe lapses by the Excise Department.

The audit report of supply chain management of liquor products in the State by the CAG said the Excise officers in charge of the liquor manufacturers have no record of passes issued by the district excise officers (DEOs).

“In respect of nine passes involving 3,61,280 London Proof Litre (LPL) of Extra Neutral Alcohol (ENA), only 3,57,279.45 LPL of ENA were recorded as received and stored at the spirit tanks of the manufacturing units and 4,000.55 LPL was recorded as wastage against 2,436.40 LPL, worked out in audit considering the days of transit and the permissible wastage. Thus, the manufacturing units were liable to pay excise duty on the balance 1,564.15 LPL amounting to Rs 6.15 lakh, which had not been imposed,” said the CAG report.

However, Excise Duty (ED) and fine, amounting to Rs 1.19 crore only, had been imposed on two of the manufacturing units, against dues of Rs 6.33 crore.