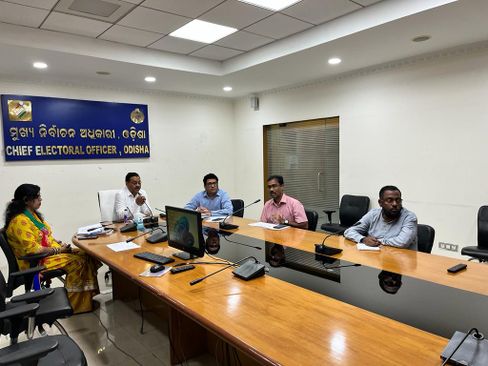 Bhadrak district Collector and other officers were present at the review meeting held through a virtual mode.

The by-election to Dhamnagar assembly constituency has been necessitated due to demise of sitting MLA Bishnu Bhadrak. The Election Commission of India will issue gazette notification for the bypoll tomorrow.

According to the ECI, the last date for filing nominations by candidates is October 14. October 15 and 17 have been set for scrutiny of nominations and withdrawal of candidatures, respectively.

With the announcement of the dates, the BJP has started its preparations to retain the seat. The BJD and the Congress have also started carving out strategies to capture the seat.