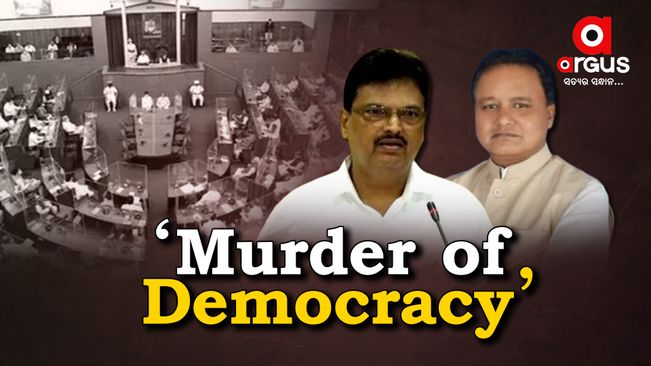 “Several BJD members are absent in the House. While the current financial year’s first Supplementary Budget is scheduled to be presented today, it is disappointing that Finance Minister Niranjan Pujari is absent. It is disrespect to the Assembly,” alleged Majhi.

He added, “Presentation of Budged by anyone other than Finance Minister is like murder of democracy.”

Alleging that Ministers and Members of the ruling party are engaged in byppoll campaigning now leaving their Assembly duty, Majhi  it would cost the BJD more. People of the State would give befitting reply in coming days.

Notably, the Eleventh Session of the 16 th Odisha Legislative Assembly began today. An Obituary was taken up in which the House mourned passing away of Opposition Deputy Leader Bishnu Charan Sethi, former Minister Bijay Ranjan Singh Bariha and Golak Bihari Naik and thee former Members. The first supplementary budget of the current year is scheduled to be presented in the afternoon hours today.