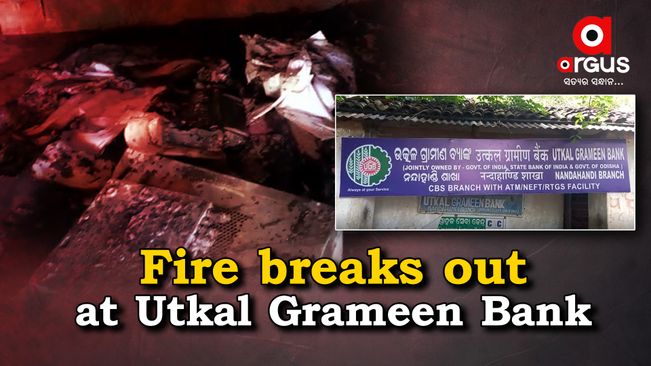 Nabarangpur, Sep 29: A fire broke out at a branch of Utkal Grameen Bank in Odisha’s Nabarangpur district and destroyed good number of computers and documents on Thursday.

As per reports, the employees of Nandahandi branch of Utkal Grameen Bank, while opening the branch this morning, found that the building was engulfed in flames.  They immediately informed the fire department in this regard.

On being informed, the fire tenders rushed to the spot and brought the fire under control.

Several important documents, furniture and computers worth few lakhs of rupees were destroyed in the fire mishap.

However, the employees were tight lipped about the possible damage that could have been caused by the fire to the cash kept in the bank.

No injuries or causalities were reported due to the fire, so far.

It is yet to be ascertained the cause of the fire, officials said.

After getting information, Nandahandi Police reached the spot and started an investigation into the incident.