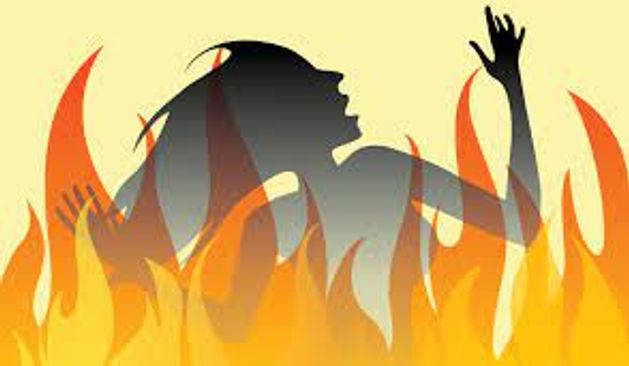 In a ghastly act, a man poured sanitizer on his wife’s body and set her on fire in an attempt to kill her in a village in Ganjam district last night.

Berhampur, Sep 2: In a ghastly act, a man poured sanitizer on his wife’s body and set her on fire in an attempt to kill her in a village in Ganjam district last night.

The incident has occurred at Mahuda village under Digapahandi police station limits in the district. The victim, identified as Rita Pradhan, has been admitted to the MKCG Medical College and Hospital in a critical condition.

According to information, her husband Sanjay Pradhan poured sanitizer on her and set ablaze her. However, she was rescued by other family members.

While the exact reason behind the incident was yet to be known, it is suspected that Sanjay took the heinous attempt after Rita failed to bring more dowry as demanded by him.