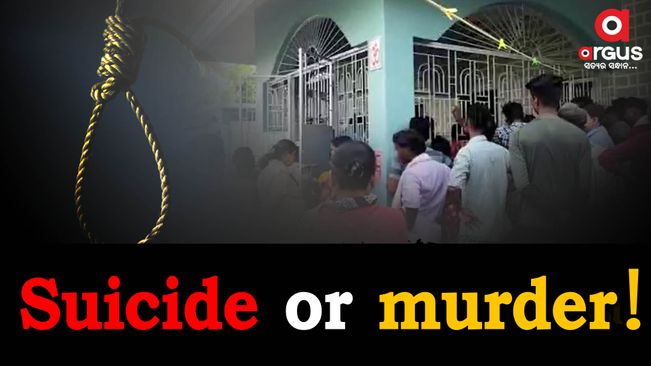 The body of a girl was found hanging at her house in Vijayramchandrapur area of Ward 17 under Baripada Town Police limits on Tuesday.

Mayurbhanj, May 17: The body of a girl was found hanging at her house in Vijayramchandrapur area of Ward 17 under Baripada Town Police limits on Tuesday.

The deceased has been identified as Kareena Nayak, daughter of Prahlad Nayak.

As per reports, Kareena’s body was spotted hanging from the ceiling fan in her room with a sari wrapped around the neck. Her family called up police and lodged a complaint in connection with the incident immediately.

While police have seized the body for autopsy by reaching the spot, efforts are underway to find out whether it is a case of suicide or murder, said police.