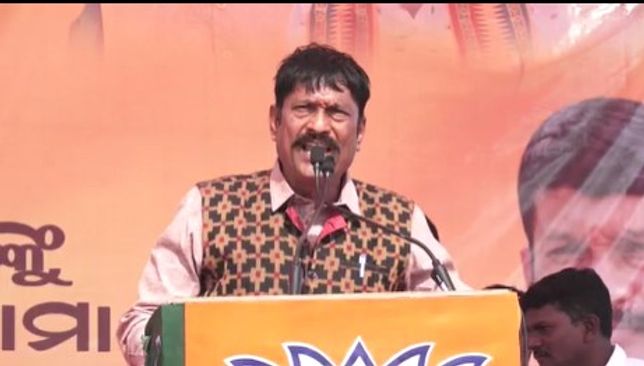 BJP candidate for Padampur by-poll  Pradeep Purohit on Tuesday severely criticized the Naveen Patnaik-led BJD for attacking him and his party men during campaigning in recent days.

Bargarh, Nov 29: BJP candidate for Padampur by-poll  Pradeep Purohit on Tuesday severely criticized the Naveen Patnaik-led BJD for attacking him and his party men during campaigning in recent days.

“BJD people have attacked our BJP workers many times during the onging campaigning. One of our workers is still going treatment in a hospital. Naveen Patnaik has sent hundred so goons to attack me and my supporters in fear that the BJD will loss the by-poll,” said Purohit.

Purohit was addressing a mass gathering which was attended by Union Minister Dharmendra Pradhan and other senior leaders of the party.

Purohit asserted that he would continue service people of Padmapur despite all odds. “I am born here. I will be dying here. I was with people of Padampur and I will continue to be with them,” said Purohit.

Recalling that he had fight for protection of the Gandhamardan Hill during Congress rule, Purohit said he will continue to fight for right and welfare of Padampur people in coming days.

“Thirty-five years back, I had spearheaded the Gandhamardan movement. With many, I had gone to Bhubaneswar riding a cycle.  I will continue to fight for people till my death. Nobody can stop me from serving my people,” he asserted.

He alleged that Minister Naba Das and Sushant Singh attempted to attack him but he was saved.

“I have blessings of my mothers. Nobody can defeat me,” he said.