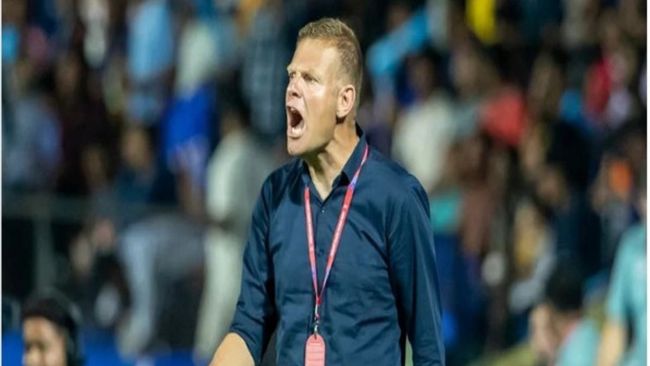 Bhubaneswar, Oct 27: Odisha FC head coach Josep Gombau wants his team to show their desired hunger on the pitch and keep on with their winning mentality, as his side takes the field against Bengaluru FC in matchweek 4 of the Indian Super League (ISL) at the Kalinga Stadium, in Bhubaneswar, on Thursday.

Having played three games so far, the Kalinga Warriors have registered two wins and have suffered one loss. In both wins, Gombau's men came from behind to take full home points, but the head coach demanded his team to start scoring early on and keep the result instead of fighting for a late comeback. Gombau has urged his players to take this game as an added motivation to avenge on the Blues after facing a defeat in the Durand Cup 2022 quarter-final. The Spaniard stated that the game against Bengaluru would be a difficult one, but would be the ideal game for the local fans to see how good their team is.

Talking about their next game against Bengaluru FC, Josep Gombau was quoted as saying by ISL.com, "Yes, it's an important game for us (as) we're playing our second game at home in a row. We had very little time to prepare for the game, but I think that we are ready, the players have been showing hunger (to give their best) and it will be a very good game against Bengaluru FC. They are an incredibly good team and we come into this game with the aim of taking revenge because they beat us in the Durand Cup. With this mentality, we approach the game, try to win on Thursday, and leave the stadium with a good fervor."

Odisha FC and Bengaluru FC played against each other once before they will take on Kalinga Stadium for their second clash of the season.

Talking about if it gives either team any sort of advantage after having played against each other once before, the Odisha FC head coach said that the team looks to bring back a nice play.

"I think we know each other very well, but it's also that we've seen all the teams in the league and how they play. For us, I want to use this game as extra motivation because we lost in the other 20 minutes being with 10 men (in the Durand Cup) and we need to take out this bad feeling that we got that day and bring back a nice, playful one. Almost everybody knows everyone in this league and what is true is that the games are fairly equal."

"Bengaluru FC have fine players and I think it will be a difficult game, but I think we can win because the boys are ready and all of us are excited to play them on Thursday. Knowing that we are facing a big team with big names in the league, I think it's a good opportunity for the fans to see how good Odisha FC is. I hope on Friday, we have a lot of people in the stadium who want to enjoy a good football game. You come and support the local team and we'll go and win the game," he added.