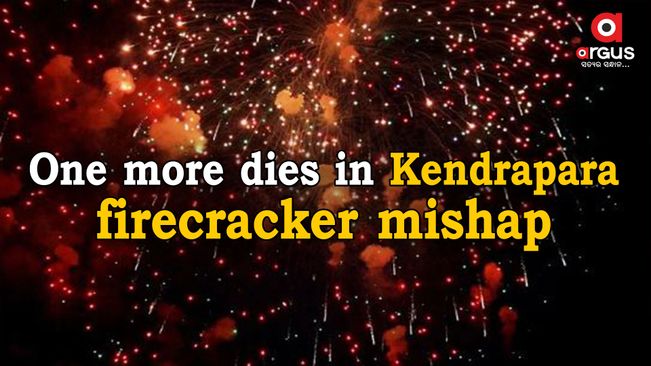 Cuttack, Nov 28: A 28-year-old man, who had sustained severe burn injuries in the firecracker explosion in Odisha’s Kendrapara district on November 23, succumbed to injuries while undergoing treatment at the SCB Medical College and Hospital here late last night.

The deceased has been identified as Pintu Khan, a resident of Kendrapara.

With this, the death toll in the firecracker mishap rose to two. Earlier, one Uday Bhoi died in the mishap.

Around 11 people, who have suffered serious burn injuries in the mishap, are still battling for their lives at the SCB Medical College and Hospital here, sources said.

Notably, more than 30 people sustained burn injuries when firecrackers exploded at Balia Bazar under the Kendrapada Sadar police limits during the immersion ceremony of God Kartikeswar on November 23.

According to information, there was a firecracker bursting competition among different puja pandals at the immersion venue at Balia Bazar. A spark from firework fell on a stock of firecrackers, which was to be used during the competition. It resulted in a major explosion leaving over 30 people injured.

So far, three people have been arrested and sent to judicial custody in connection with the mishap.