Man hacked to death in broad daylight in Bhubaneswar 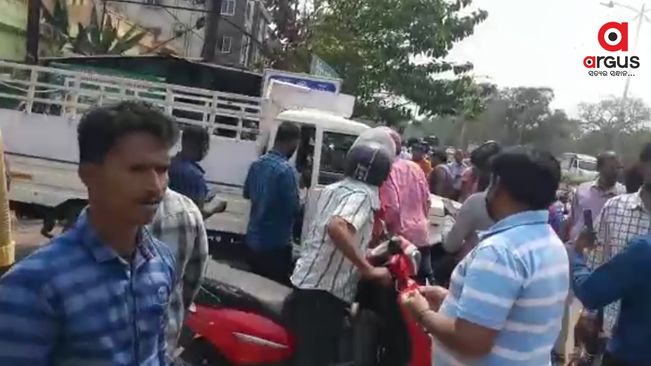 Bhubaneswar, Mar 6: A man was allegedly hacked to death in full public view by two persons here in Odisha on Saturday.

The shocking incident occurred at CRPF Square under Nayapalli police limits in the State Capital.

The deceased has been identified as Tukuna Dash of Salia Sahi in the city. He was a pick-van driver.

As per reports, the assailants, identified as Sagar Prusty and his brother Sudhir Prustry of Salia Sahi, repeatedly attacked Tukuna with sharp weapons in the middle of the road, killing him on the spot.

The locals however overpowered the Prusty brothers and handed over to the police.

It is learnt that the accused person and the victim were neighbours and they had past enmity.

Meanwhile, Nayapalli police seized the body and sent it to the Capital Hospital for autopsy.

The police also arrested the accused duo and initiated a probe into the matter.