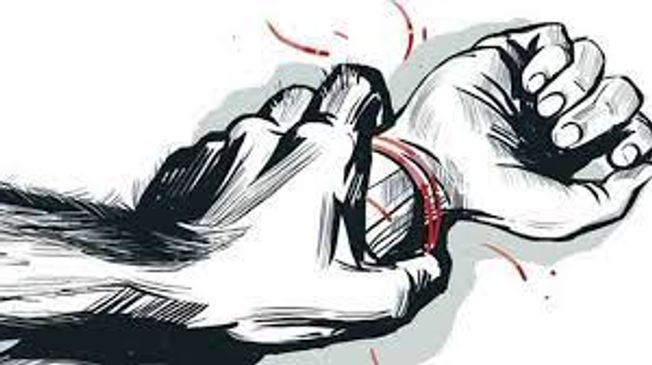 As per the complaint filed by the victim to Buguda Police, Sushant was allegedly stalking her for past few months and making propositions for physical intimacy.

Buguda, July 13: Police have arrested a youth on the charges of attacking and critically injuring a married woman following failed rape attempt on her in Betarsingi village under Buguda block of Ganjam district on Tuesday.

The accused has been identified as Sushant Jena, a resident of the same locality.

As per the complaint filed by the victim to Buguda Police, Sushant was allegedly stalking her for past few months and making propositions for physical intimacy.

Being frustrated over repeated refusal by her the accused finally waylaid her at a secluded place on the village road on Monday and indulged in dragging and touching inappropriately before making a failed attempt of rape.

Subsequently, in a fit of rage Sushant hit the head of the victim with a shovel inflicting grievous injury.

She was rushed to Buguda medical for treatment by family members and now out of danger. The accused have been arrested and will be forwarded to court soon, said Buguda Police Station IIC Chittaranjan Behera.