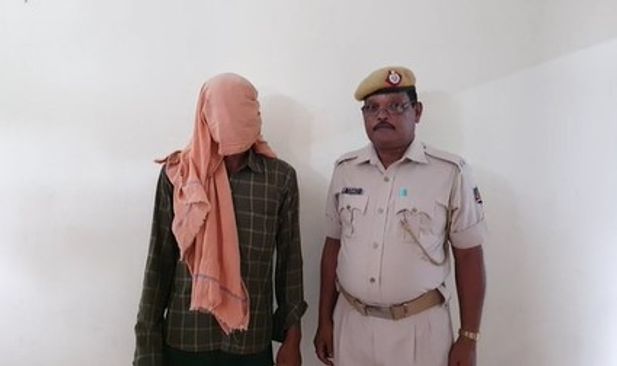 Keonjhar, April 22: Ghatagaon Police has arrested a man on the charge of thrashing his wife to death in Jamaleibeda village on Friday.

The accused has been identified as Kapil Munda, a native of the same locality.

As per the police case pending against Kapil, he indulged in an argument with his wife Kanak last Wednesday over petty issue. Later, in a fit of rage the accused took out a wooden plank and attacked his wife inflicting critical head injuries on her.

Kanak was rushed to Patana hospital for treatment following the attack but succumbed after being shifted to Keonjhar DHH.

Later, her father lodged a FIR against Kapil at Ghatagaon Police Station.