Man set to fire over past rivalry in Puri 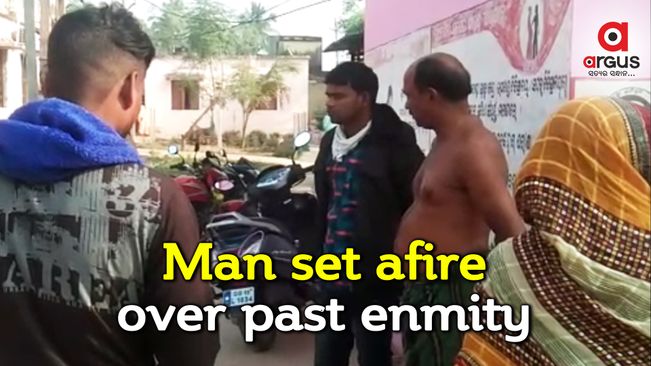 Puri, December 28: In an incident of attack over past rivalry, a man sustained critical burn injury after a group of people set him to fire by sprinkling petrol in Alangpur village under Astaranga Police Station here on Monday.

The victim has been identified as Sankhali Swain of the same village.

As per the report, Sankhali Swain who happens to be an elderly person in the village had developed an enmity with the attacker identified as Ishwar Biswal in due course, after mediating in several disputes involving the latter.

A verbal due erupted between the accused and Sankhali over the same issue this morning while the latter was en-route to hire a paddy threshing machine. In a fit of rage Ishawar and his two sons namely, Balaram and Jagabandhu doused Sankhali with petrol and set to fire.

The victim was rushed to Astarang Hospital after having critical burn injuries to his face and hands after rescue by family members.

Local Police has lodged a case in connection with the incident and launched investigation.