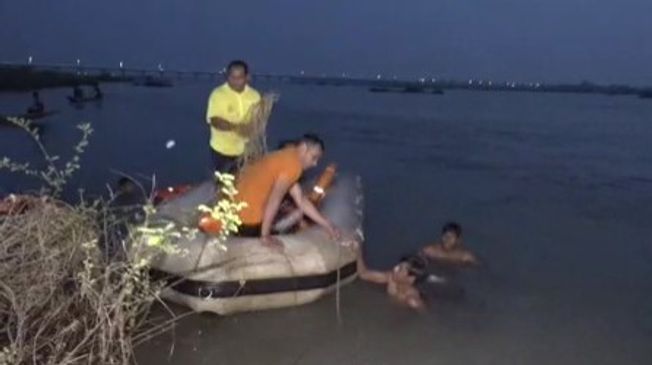 A local woman who witnessed the trio drowning raised an alarm and a rescue effort was launched by local fishermen first.

Sambalpur, Oct 4: In a tragic incident, at least three persons of a family including two minor children went missing in Mahanadi river while taking bath near Daleipada ghat in Sambalpur on Monday.

The mishap took place late in the afternoon today after Md Altaf went to take bath in the river along with his son and daughter to get respite from blistering heat. Minutes later the brother-sister duo slipped into the water of the swollen river.

In a bid to save his two children Altaf also dived into the water but as he didn’t know how to swim, got swept away by the current.

Later, a local woman who witnessed the trio drowning raised an alarm and a rescue effort was first launched by local fishermen. The fishermen team was later joined by fire services personnel.

Till the last report came in the minor boy had been rescued in an unconscious state to be sent to hospital.

Local fishermen and fire services team are waiting for light arrangement to continue the rescue operation in the dark.