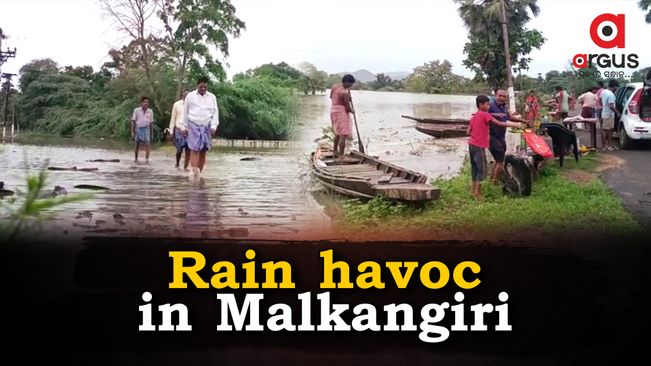 Charibancha, Binayakpur, Alma and Muraliguda villages remained cut off from the rest of the district for the last two days. Hundreds of people in Mugi point and Puruna Motu have been marooned in the water. While communication has been disrupted on National Highway -326 connecting Malkangiri and Andhra Pradesh,  7-feet water has reportedly been flowing over the low-lying Koigur bridge between Motu and Chintur in Andhra Pradesh.

The district Collector along with other officials held a review meeting yesterday.