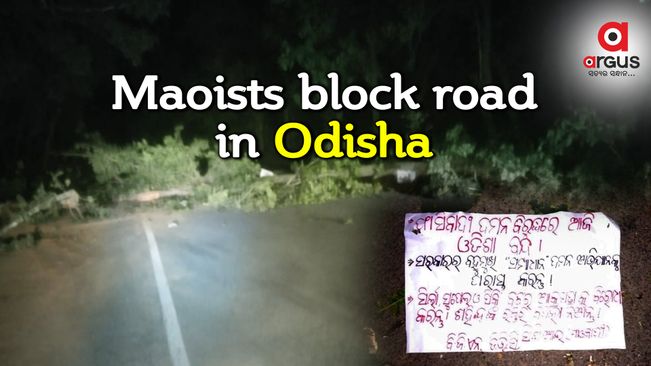 Phulbani/Rayagada, Dec 28: The Maoists on Monday blocked a road in Odisha’s Kandhamal district by felling trees to protest the government`s crackdown on them.

The red rebels blocked road near Bonda Pipil village under Kotagarh police limits in Kandhamal district as part of the 24-hour bandh called by them in Odisha and Chhattisgarh.

The vehicular movement on Rayagada-Kandhamal route was disrupted due to the road blockade.

The Maoists also pasted posters on trees and other places protesting the anti-Maoist operation in the region.

In the audio tape, the rebels had allegedly warned the police administration that a fitting reply would soon be given to anti-Maoist operation.