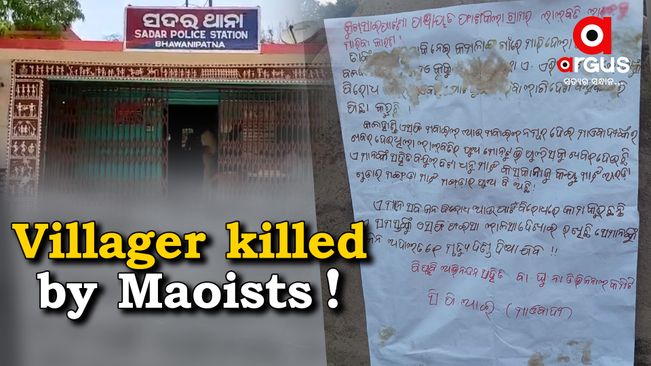 After a brief lull, Maoists killed a villager after suspecting him to be a police informer in Odisha last night.

Bhawanipatna, Nov 25: After a brief lull, Maoists killed a villager after suspecting him to be a police informer at Tala Panchakul village of Jugasaepatna gram panchayat under Bhawaipatna Sadar police station limits in Kalahandi district last night.

The deceased has been identified as Lalabati Majhi.

The Red Rebels have also pasted posters at some places in the area after Killing Majhi.

In posters, they have threatened some villagers for life for their alleged acts against the Maoists. The posters have been issued by the BGN Divisional Committee of the CPI (Maoists).