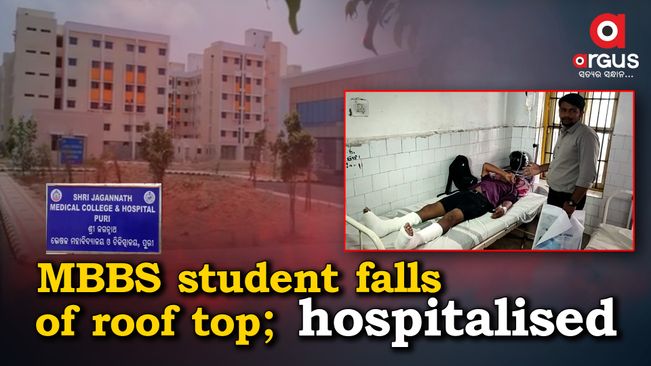 A first-year MBBS student of Shri Jagannath Medical College and Hospital in Puri sustained severe injuries after falling off roof top of the institution on Tuesday.

Puri, May 17: A first-year MBBS student of Shri Jagannath Medical College and Hospital (MCH) in Puri sustained severe injuries after falling off roof top of the institution on Tuesday.

The injured student has been identified as Vishal Kumar, a resident of Bihar.

As per reports, Kumar fell off from a two-storeyed building of the MCH after he was reportedly chased by a troop of monkey inside the institution. His legs were reportedly broken in the mishap.

Kumar was rescued and rushed to the hospital for his treatment.

On being informed, local police reached the spot and started an investigation into the incident.