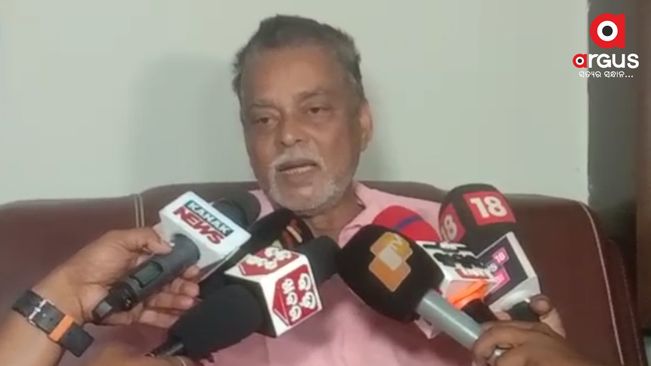 Former Aska MLA Saroj Kumar Padhi, who has gone missing from Bhubaneswar since May 12, returned home in in the State Capital on Tuesday.

Bhubaneswar, May 17: Former Aska MLA Saroj Kumar Padhi, who has gone missing from Bhubaneswar since May 12, returned home here in Odisha safely on Tuesday.

Speaking to media persons, Padhi said that he had gone to Rameswaram in Tamil Nadu, without informing anybody, to fulfil his spiritual vow.

“I had been to Rameswaram in Tamil Nadu to fulfil my spiritual vow. I couldn’t communicate with anybody including my family members as my mobile phone was misplaced during my journey,” Padhi said.

“In Chennai, while returning from Rameswaram, I managed to talk with my family members and told them that I would return home at the earliest,” he added.

“While returning to Bhubaneswar in a train, Capital Police took me to their custody at Khurdha railway station and later assisted me to reach my home safely in Bhubaneswar,” the former legislator informed.

On May 12, Padhi’s son reportedly lodged a missing complaint at Capital Police Station here after the legislator left home without informing his family members and couldn’t return home till late evening.

The former legislator has been staying along with his family members in Surya Nagar in the State Capital.

Padhi had won from the Aska legislative constituency in 2004 by contesting as an independent candidate. Later he had joined the Congress Party.

In 2019, Padhi quit Congress and joined the Bharatiya Janata Party (BJP), days before the general elections.