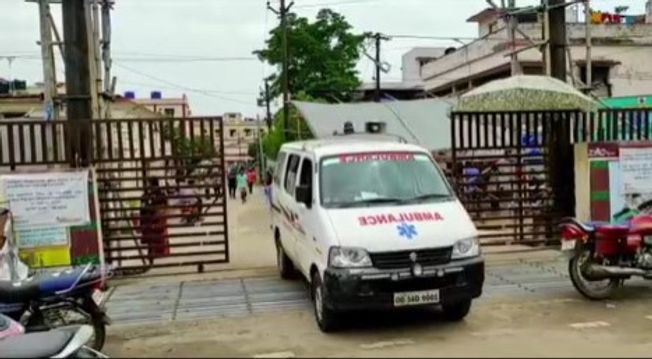 Three persons were injured, one of them critically as a scooty and a motorbike collided head-on at Sundaraimuhan in Jajpur district this afternoon.

Jajpur, Nov 28: Three persons were injured, one of them critically as a scooty and a motorbike collided head-on at Sundaraimuhan in Jajpur district this afternoon.

The critically injured person has been identified as Naresh Nayak of Sanahalupada village under Kendrapara district’s Kandia police station and the two injured as Rakesh Nayak and Nimusaya Nayak.

According to information, Rakesh was coming on a bike to the District Headquarters Hospital, Jajpur when his bike collided with a scooty coming from the opposite direction at Sundaraimuhan.

On being informed, fire personnel of Jajpur rushed the injured persons to the DHH.