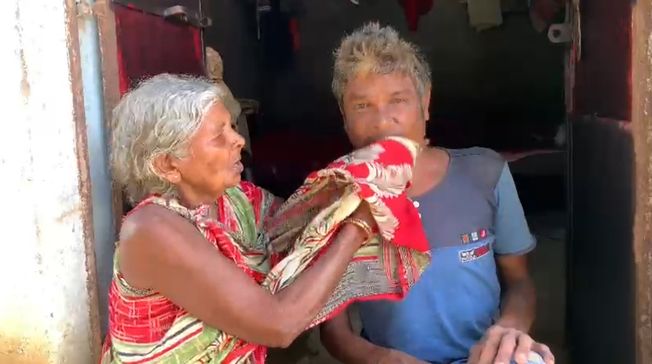 A 70-year-old woman has to mortgage her ration and old-age pension cards for her son’s treatment in Odisha’s Nabarangpur district.

Nabarangpur, Sept 3: A 70-year-old woman has to mortgage her ration and old-age pension cards for her son’s treatment in Odisha’s Nabarangpur district.

Sulochana Khura, a resident of Gadabaguda village under Tentulikhunti block in Nabarangpur district, has pawned her ration and pension cards for Rs 14,000 in order to treat her son’s broken leg.

After the death of her husband, Sulochana's son Nayan Khura was her only hope for living. He used to work as a tailor.

As ill luck would have it Nayan broke his leg following an accident three years back. Since then, he has been rendered bed-ridden to such an extent that he cannot do anything without the help of his mother.

“The ration and pension card was their only source of survival. But, she was forced to mortgage that too for her son’s treatment,” said a relative.

Meanwhile, Tentulikhunti BDO Duryodhana Bhoi said that all possible help will be extended to Nayan for his treatment.