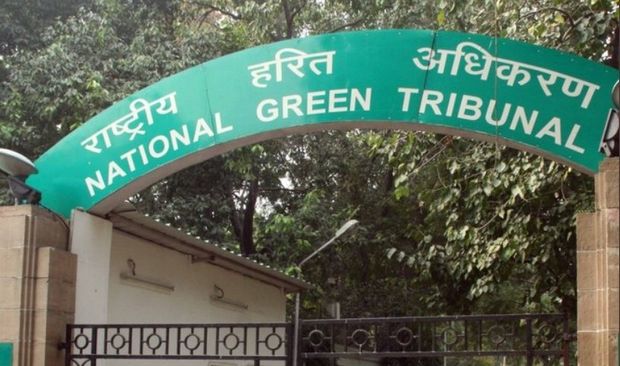 The NGT has imposed Rs 36 crore fine on lease holders for carrying out illegal sand mining at Budhabalanga riverbed in Odisha' Mayurbhanj district.

A bench of justice B. Amit Sthalekar (judicial member) and Saibal Dasgupta (expert member) issued the order on August 30 while hearing a plea filed by one Radhamohan Singh of Mayurbhanj district.

The NGT asked mining contractors Pradeep Kumar Bindhani and Krupasindhu Singh of Mayurbhanj district to pay the amount for illegal and excess mining at Mahupura, Dingiria and Arapata of Budhabalanga river.

The court has also asked the Odisha government to lodge an FIR against Mamtaj Maharana, tahsildar, Badasahi, Mayurbhanj for her involvement in the case.

In view of the overwhelming documentary evidence and the inspection report, it is established that the contractors and the tahasildar, were prima facie acting in connivance in theft and pilferage of sand from the sand beds in question, thus, causing theft of several crores of state revenue, the court said in its order.

"We fail to understand as to why the state respondents are shielding Mamtaj Maharana and all that has been said is that investigation is pending against her and department proceedings have been initiated against her which are pending and she is under suspension," the NGT said.

The court, therefore, directed the state government to lodge FIR against Mamtaj for her role in illegally issuing transit permits to the leases and thereby actively conniving in causing theft of state revenue, which is public money.

The tribunal asked the Odisha State Pollution Control Board to initiate proceedings against Bindhani and Singh for recovery of penalty and environmental compensation forthwith.

The Mayurbhanj district collector has been asked to submit an affidavit on compliance of the order by December 7.

The court directed the collector to ensure that no illegal sand mining takes place in the district.

Further, wherever legal sand mining is going on, strict monitoring mechanisms like installation of CCTV cameras at strategic locations, GPS enabled trucks used for transportation of sand and checking squads be put in place, the NGT recommended.