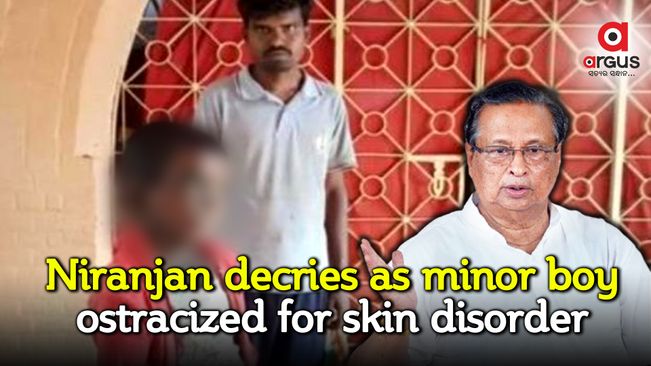 Bhubaneswar, Jan 28: Pradesh Congress Committee president Niranjan Patnaik on Thursday expressed sheer unhappiness over a minor Dalit boy being otracised and fined by his villagers because he was suffering from a skin disorder in Odisha’s Ganjam district.

“Shocked to know how a minor Dalit boy has been socially ostracised in Ganjam district because of his skin disorder and is now being subjected to extortion. His family is being asked to pay Rs 10,000 for social acceptance,” tweeted Patnaik.

Patnaik demanded stringent action against errant villagers and all support for the victim family.

According to information, a seven-year-old  Dalit boy of a Baghua village under Jagannath Prasad block was suffering from a congenital skin disorder. For this, his family was ostracized and then he was forced to undergo a 'purification' ritual to be accepted by superstitious villagers.

Painfully, the family even had to cough up Rs 10,000 for being accepted back into the village where it occurred two weeks back. The incident came to the fore on Wednesday.